by Solis Cancer Community | May 12, 2019 | Alternative Treatments and Therapies | 0 comments 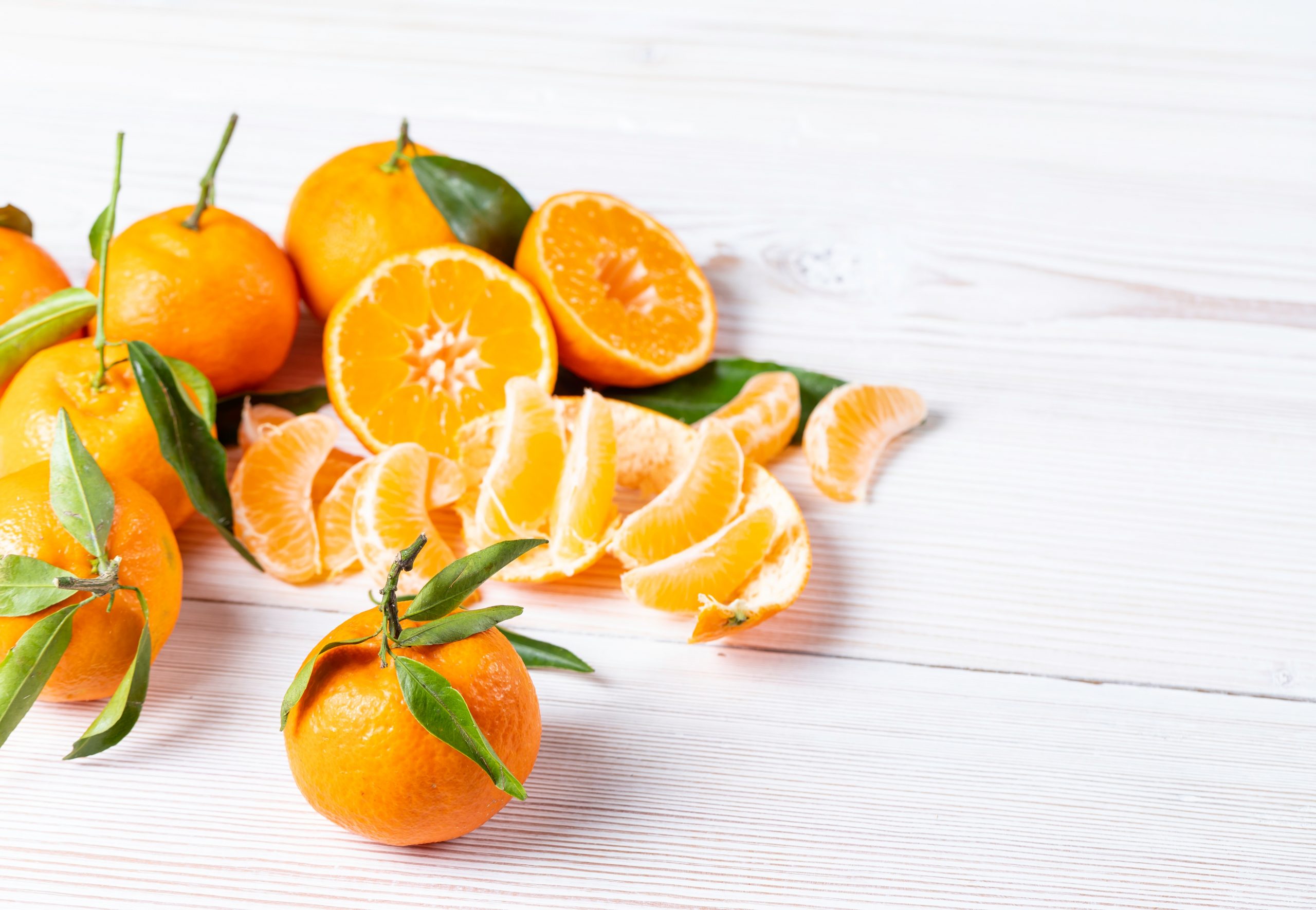 I apologize in advance for the length of this post, but it’s a good one! I’m talking about something that is near and dear to my heart. They have been a part of my protocol since the very beginning and I continue them today, though I’ve graduated to a maintenance dose now. Many of you have probably heard of them: high dose intravenous vitamin C (IVC) 🍊 In fact, I was at my naturopath’s office the day after chemo getting one, which may be surprising to some people. As we know, vitamin C is an antioxidant, and most oncologists recommend avoiding antioxidants during chemo because some chemo drugs use similar oxidative pathways (the pathways through which many things, including drugs, are metabolized and used by the body), and their effectiveness could therefore be compromised through competition between the drugs and antioxidants. However, this is not the case when it comes to high dose intravenous vitamin C, which is different than taking a low dose of vitamin C orally. Below, I will discuss some misunderstandings when it comes to high dose vitamin C IVs and highlight why you should consider adding them to your treatment or prevention protocol if you have or had cancer.

I came across an extremely informative article recently while looking for research to supplement an answer I was providing to a friend regarding IVC and whether she should avoid them while on chemo. I will reference it throughout and have also linked to it above and below in the references so that you can read it yourself and access the studies mentioned if you are interested. All of the studies I reference here are from this article and can be accessed there. Published in 2018, this journal article provides a lot of answers to pressing questions that many people, myself included, have had surrounding this therapy. 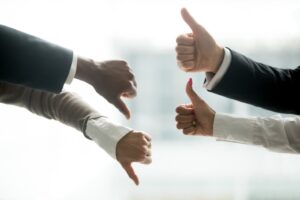 There is a lot of controversy surrounding vitamin C IVs. Where did this come from?

In the mid 1970’s, a study was conducted that found significant survival advantages in patients who received intravenous vitamin C followed by oral vitamin C for maintenance (Cameron and Pauling 1976, 1978). The bulk of the controversy about vitamin C as a component in cancer care arose from misunderstandings surrounding oral versus IV administration of this vitamin. Researchers at the Mayo Clinic tried to reproduce these results, but they found no survival enhancements. This resulted in vitamin C being relegated to the world of alternative cancer care, and it wasn’t until the mid 1990’s that the differences in the Cameron and Pauling trials and the Mayo Clinic trials were explained. The Mayo Clinic trials used ONLY oral vitamin C, where Cameron and Pauling used intravenous and then maintenance oral doses. Intestinal uptake of oral vitamin C is dependent on a vitamin c transporter (Savini et al., 2008), whereas IV vitamin C goes directly into the bloodstream and bypasses this dependency, resulting in significantly higher concentrations in the bloodstream (Levine et al., 1996). This discovery has resulted in a flurry of new research in the last two decades on IVC and cancer care. 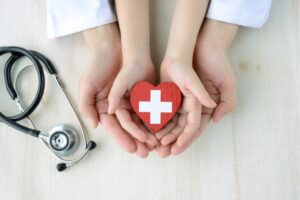 Vitamin C IVs are completely safe for most people, but there are a few instances where caution should be used:

1. High doses of vitamin C have the potential to form kidney stones, but only in those people who are predisposed to them. If you have struggled with kidney stones in the past and are wanting to start vitamin C IVs, make sure you discuss this possibility with the naturopath or holistic MD administering them to you.

2. A glucose-6-phosphate dehydrogenase (G6PD) deficiency will be screened for prior to starting the higher doses of vitamin C, and if it isn’t you should absolutely ask for it. If you have this deficiency, it can result in anemia from the abnormal breakdown of red blood cells. If you do test positive for a G6PD deficiency, you can still receive lower doses of vitamin C (<10g/day versus the 25-75g/day of high dose IVs), as these levels are unlikely to cause issues.

3. Although high dose vitamin C does not interfere with laboratory glucose tests, high doses of vitamin C have been shown to interfere with point-of-care glucose monitoring devices, resulting in false negatives and/or positives; so caution is definitely necessary for those needing regular glucose monitoring. Make sure to inform the health care professional administering your IVs if this applies to you. 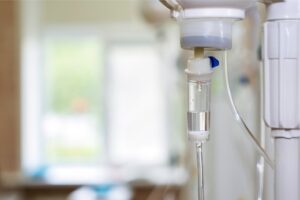 Does IVC interfere with chemotherapy or radiation?

This is probably the most pressing question surrounding IVC and is the main reason why people do not implement them throughout their entire period of healing, often believing they need to wait until after they have finished active conventional treatment before they can begin. However, this is far from the case, which is very exciting because as you will see in the next section, IVC can actually IMPROVE the efficacy of chemo and radiation while DECREASING the side effects experienced from these intense treatments. The water is a little muddier when it comes to radiation, but there is some promising research.

Because of its powerful anti-oxidant effects, many clinicians believe that concurrent use of IVC with all chemo drugs should be avoided. However, vitamin C has a very short half-life of less than 2 hours in the bloodstream, and so it is safe to administer IVC either the day before or the day after chemo (Stephenson et al., 2013; Nielsen et al., 2015). Not only is it safe to use, but animal studies have shown that IVC can actually work synergistically with chemo drugs to increase their efficacy against cancer cells. From the attached article: “Interestingly, many of the pre-clinical studies showed that administration of IVC alone was as effective at decreasing tumor growth and promoting survival as the chemotherapeutic agents themselves. […] Human trials have shown no adverse effects from combining IVC with a number of different chemotherapeutic agents (e.g., carboplatin, paclitaxel, decitabine, cytarabine, aclarubicin, gemcitabine, erlotinib, and temozolomide), and in many cases decreased off-target toxicity and improved health-related quality of life were observed (Welsh et al., 2013; Kawada et al., 2014; Ma et al., 2014; Hoffer et al., 2015; Polireddy et al., 2017; Zhao et al., 2018).” Their results are very exciting indeed!

The studies are more contradictory when it comes to radiation, and that has been attributed to the timing of administering IVC. Human studies are needed, but most animal and cell culture studies have found that IVC has radio-sensitizing effects – they make the cancer cells more sensitive to radiation (Du et al., 2015; Cieslak et al., 2016). Although one study did find that IVC had radio-protective effects – they protected cells from radiation (Grasso et al., 2014) – this study administered radiation only 2 hours after the IVC was completed, whereas in the other studies, radiation was administered on day 3 or 5 following IVC completion. From the article: “In these latter studies, high dose vitamin C administration was shown to act synergistically with radiotherapy, decreasing tumor growth and enhancing survival (Cieslak and Cullen, 2015; Cieslak et al., 2016). PET imaging showed tumoristatic [tumour-halting] activity of vitamin C administration alone and radiation therapy alone, however, the two combined showed tumoricidal [tumour-killing] activity (Cieslak et al., 2016). Addition of vitamin C to radiotherapy and chemotherapy combinations further improved anti-tumor activity and survival (Cieslak and Cullen, 2015; Schoenfeld et al., 2017).” This shows a promising future for the combined use of IVC and radiation, although more studies are needed to determine optimal timing and dosing. 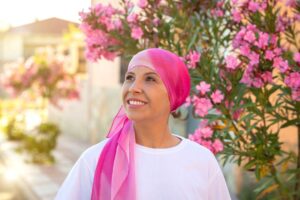 Does IVC decrease the toxic side effects of chemotherapy and improve quality of life?

The short answer is, yes! Many animal studies have shown that IVC lessens the negative side effects of chemo, causing such results as decreases in white blood cell loss, decreased weight loss, decreased ascites accumulation (accumulation of protein-containing fluid in the abdomen), and decreased hepatoxicity (drug-induced liver damage), among others. Anecdotally, I know patients receiving IVC who have experienced less nausea, fewer or no mucus membrane sores, and decreased hair loss when compared to other patients they know receiving the same chemo drugs. 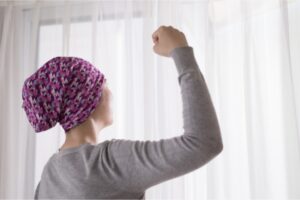 What if I have already finished active treatment?

If you have finished active treatment, it’s still a great idea to add IVC to your protocol. High doses of vitamin C cause increased levels of extracellular hydrogen peroxide, which results in a depletion of ATP. Because cancer cells use anaerobic respiration that metabolizes ATP, this has been shown to cause cell death in numerous cancer cell lines while leaving healthy cells unharmed, as healthy cells rely on aerobic respiration to produce ATP instead. Additionally, when you achieve high plasma concentrations of vitamin C, it actually has pro-oxidative versus antioxidative effects, producing free radicals that can induce apoptosis in cancer cells. You can read more about these mechanisms through which IVC is effective, as well as find information on studies supporting these results, by checking out this document from the Ottawa Integrative Cancer Center. Even on its own, IVC has been shown to decrease tumour growth, cause cancer cell death, decrease inflammation, and increase quality of life. With the synergistic and side-effect-reducing results shown in the combined use of IVC, chemo, and radiation, it is never too early or too late to add this therapy to your protocol. If you are in the GTA, I highly recommend either Dr. Lori Dickson, ND at Inside Health in Oakville or Dr. Michael Reid, ND at HealthSource in Kitchener. Both have extensive experience with integrative oncology care and are simply wonderful health care practitioners. I would have been lost without their guidance!

If you have any questions about IVC, feel free to leave a comment and I would be happy to answer them. And if you haven’t already, please click here to join my mailing list to receive extra goodies and info and to stay up to date on everything new at Solis Cancer Community. When you subscribe, you will receive a free copy of my anti-cancer diet guide!

← The Benefits of Infrared Saunas Relating →