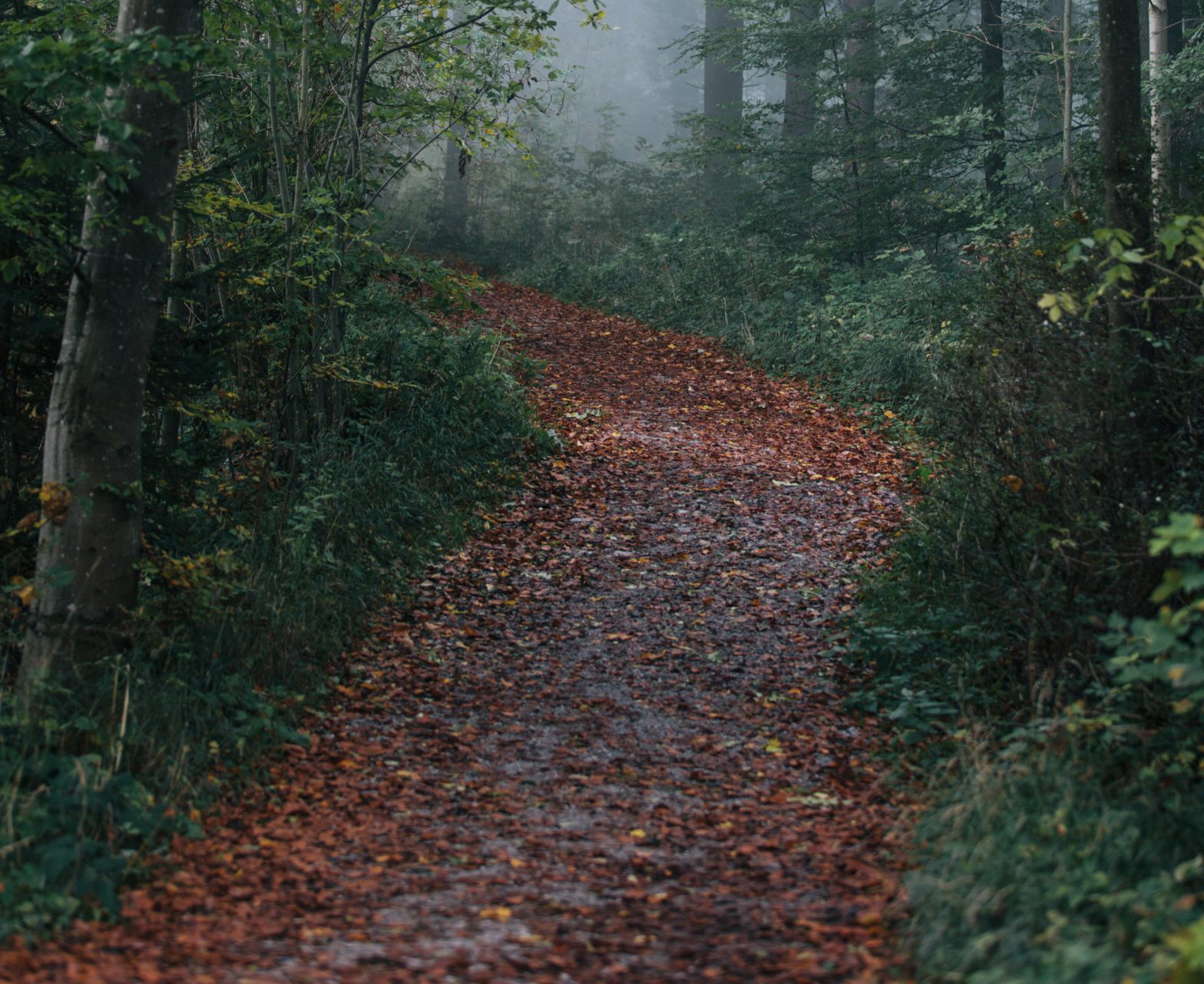 Life. There are many things that can have a profound effect on it; death of loved ones, loss of a relationship, major illness. If you are here, it’s likely you have experienced something life altering, or maybe you are going through a difficult time and need to know you aren’t alone. Maybe you simply need a little inspiration, hope that things happen for a reason and that they will work out as they are supposed to. Whatever the reason, I’m glad you found your way here and hope my words give you what you are looking for or help you find it.

In this blog, one of the things I am going to attempt to do is put into words the ways in which my life has changed since I was diagnosed with breast cancer. There are the ways you would expect: physical changes, new fears, mostly negative. But what was entirely unexpected is the multitude of positive changes that I have experienced as a result.

It all began in June of 2017. I never did breast self-checks regularly, but every few months I would have a feel around just to make sure everything still felt the same. I was in the shower and felt something in the lower half of my left breast, right in the crease where my breast tissue joined the skin over my ribs. I thought for a minute that it was just the curve of my rib bone, but after a few moments I realized that it was definitely a small lump. I’m one of those people who goes to the doctor for everything, and thank goodness. I was at my family doctor a couple of days later, and after feeling the lump herself, she suggested we do an ultrasound. About a week later, that came back inconclusive; there were some suspicious characteristics but they weren’t sure, so they suggested doing a biopsy.

My family doctor told me how unpleasant they are and that she wanted to do a mammogram first to try and see if we could avoid it. I went that same day for my mammogram. They placed a little marker over the lump and took the images. The technician could tell I was understandably nervous and anxious, so she showed me the images in the room right away and said, “I don’t see anything. Look, here is the marker and everything around it  seems normal. I think you’re fine.” That obviously made me feel so much better and I went home feeling pretty good. About a week later, I’m back at my family doctor for the official mammogram results, and they are negative. My family doctor, to her credit, still seemed uneasy even with a negative result, my young age, and my relatively few risk factors, so she said she still thought we should do the biopsy just in case. Again, thank goodness we did.

A couple of weeks later, I had an appointment at the diagnostic breast clinic at Credit Valley Hospital. The person who did my biopsy was pretty confident. He said he had looked at my scans and could also feel that the lump was mobile, meaning it moved around when you pressed gently on either side (cancerous tumours are usually very latched on to the surrounding tissues and difficult or impossible to move about very much), so he reiterated the mammogram technician’s sentiments that he thought I was fine and that he was pretty sure this was going to come back negative as well. Everyone was so casual and almost dismissive that I was able to go home and wait the week for my results without really worrying or thinking about them very much; so much so that it never occurred to me that I might want to bring someone with me to my follow-up appointment.

So that’s how, a week later on July 20, 2017, at the age of 28, I found myself sitting alone in my surgeon’s office being told by him that I had Invasive Ductal Carcinoma, IDC.

If you have lived through this moment yourself, I don’t need to explain what it feels like. For those who haven’t, imagine that the person you love most in this world walked up to you with anger in their eyes and slapped you in the face, without explanation, without a word. That’s a little what it feels like. Like a cartoon character, my jaw literally dropped and the tears welled up in my eyes. There was simultaneously a flurry of thoughts and emotions, but also nothing and numbness; my mind was trying to think of and process everything at once but, finding itself unable to, broadcast a silent cry instead while all of those thoughts carried on behind soundproof glass. It was like trying to scream underwater. And then it was like trying to swim when you don’t know how.

My surgeon’s nurse navigator came in next and reassured me that it must be early otherwise he would be ordering more scans and tests, and that meant I had a good chance of coming through this, it was a “bump in the road”. I’m sorry, but no. It was like Everest had just been dropped at my feet, and I needed to get ready to climb.

I was quickly sent to his office down the road from the hospital to schedule my surgery, and my partner Jesse texted me to see how the appointment went. Unconvincingly, I’m sure, I told him to try not to worry and we would talk when I got home; that’s not really the kind of news you drop in a text. That drive home was unforgettable in the worst way possible; it was a moment in time never to be repeated. I was completely and entirely alone with this knowledge. I don’t know if you have ever experienced a moment like that, but it’s crazy. I thought about Jesse, my family, his parents, all at this moment going about their day not knowing what was coming as I drove closer to the moment when I would change all of their lives forever. It’s not a good feeling.

I sat in the car for a long time thinking about going upstairs and telling Jesse and saying to myself, “I don’t want to do this”. I have never seen more pain on someone’s face than when the words, “Baby, I have breast cancer” came out of my mouth. I apologized to him for loving me, for him having to go through this because of that fact. He told me never to apologize, and we hugged and cried for I don’t know how long.

Patient guilt; not something we really talk about much, but I felt guilty for days. I still do sometimes. Telling my mom was the hardest; she has been through so much in her life and always takes care of those around her. Now, I was piling one more thing on her plate and man, was it a huge thing. I am so lucky that I have a supportive and loving family who tell me whenever I need to hear it that this isn’t my fault, that I don’t need to feel guilty. So if you don’t have someone to tell you that, I am telling you, it isn’t your fault and you don’t need to feel guilty.

What followed was an absolute whirlwind. Appointments, scans, more appointments, surgery, recovery, oncology appointments, naturopath appointments, and here is where the tough choices really began. I’m sure I will get into all of them here eventually, but for now I will say that this was the point at which I started researching and reading and watching everything I could get my hands on about chemotherapy, radiation, alternative treatments, natural cancer fighting substances, diets, exercise, meditation, survivor success stories, protocols, anything and everything that could help me. To read and learn as much as I can is my first reaction to any huge obstacle, and that is what set me on the path to becoming an active and informed member of my own healthcare team, which has led to more positivity and confidence than I would have thought possible during an experience like this one. It is that fact I think that has made all the difference in my outlook and my success. You have to take the reigns in life; no one is going to do it for you.

I find it entirely remarkable that I had that in me and didn’t know it. I would never have thought I was strong enough, smart enough, courageous enough, positive enough to get through this as well as I have and to be living a more complete life now than in the “before times”, as I like to call them. Another of the things I would like to do with this blog is to explore and unpack what I did and how it impacted my journey, how it has better equipped me for a life truly lived and allowed cancer to be one of the best things that has ever happened to me – nuts, I know, but hopefully through this blog I will be able to help people understand why I feel that way and that it is possible for them to feel that way about their own hardships too. I hope that my digging into my own experiences brings light, understanding, and meaning to whatever it is you are going through, and that you find positivity and inspiration here. Thank you for taking the time to read my thoughts and I genuinely look forward to continuing to share with you all 🙂