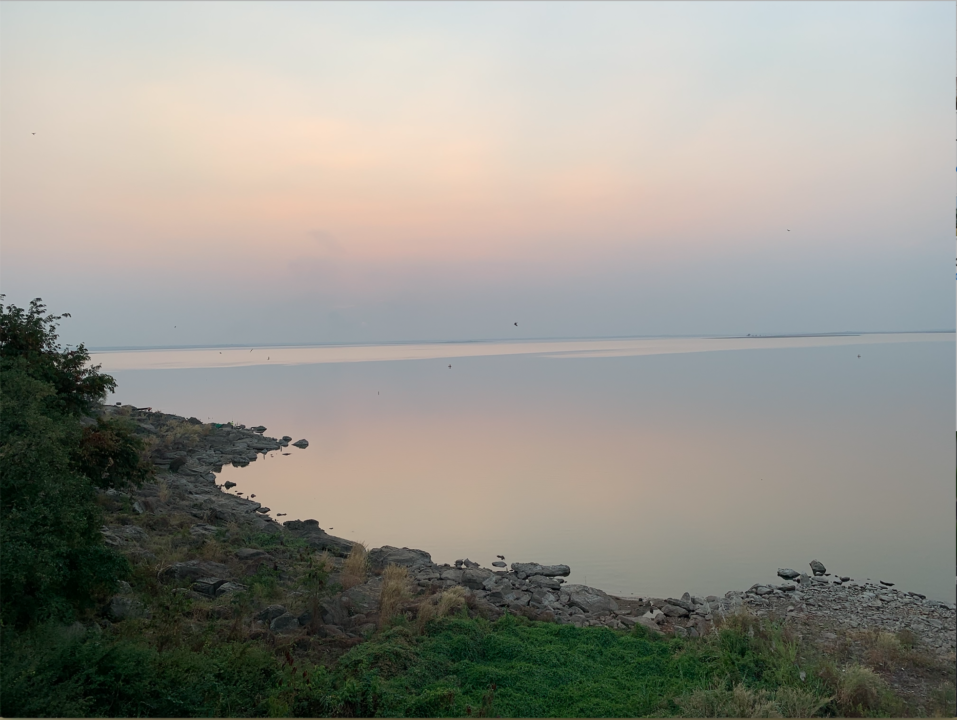 As many will know, this winter I was lucky enough to cross something big off of my bucket list: a two-month trip to Southeast Asia. That in and of itself was extremely special; getting to see the beauty of parts of the world I had never explored before and getting to do it with Jesse was something I won’t soon forget. But there was a particular part of this trip that was particularly important to me and something I have been waiting to do since I was a girl.

In the late 1960’s, my grandparents were empty nesters. My mom and aunts and uncle had all gone off to school and moved away from home, and my grandparents were looking for a new adventure. They ran a poultry farming and refrigeration business in Sarnia, Ontario that also included a store, so they had lots to keep them busy, but they were feeling the need for something different.

Both of them were extremely intelligent and would have loved to attend university, but in the 1930’s when they were both of that age, it just wasn’t possible because it was too expensive. So, once they no longer had kids in the house to look after, they decided to do the next best thing and teach. They packed up and moved to Khon Kaen, Thailand, where a new university had just been established. 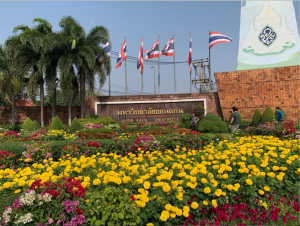 They spent many happy months there, my grandfather teaching in the faculty of agriculture and my nana teaching English. My mom, aunts, and uncle all went to visit them at various points, some of them (including my mother) staying to teach for a few months as well. So, at one point or another, that entire side of my family has lived on or spent time on that campus.

Now, Khon Kaen University is a huge and sprawling institution with faculties and departments in almost any subject you can think of, from agriculture to medical school to teacher’s college. Decades ago though, it was a new university, only about 5 years old when they started teaching there, so many of the buildings were in the process of being built as the campus expanded.

On Christmas Eve, my grandfather was heading home and decided to check in on a new building they were constructing to house the chickens. We don’t know exactly what happened, but he likely tripped, putting his hand out and touching live wires, or they grazed his head as he walked under them, or some other accidental circumstances. However it happened, the result was the same; my grandfather was electrocuted and passed away there in that building at the university. My nana, because she was one of the kindest and strongest people I ever had the honour of knowing, didn’t tell anyone in the family until Boxing Day because she didn’t want to ruin their Christmases. Most people would pack up and head home immediately, and she did, but only to sell their house and their business in Sarnia before returning to Thailand and remaining at the university on her own for many more years. 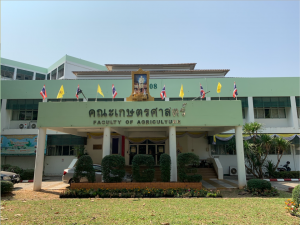 I wasn’t born until much later, and so I never got the chance to meet my grandfather. My mom told me this piece of our family history when I was a kid; I don’t remember when exactly, but I do remember that it was at my nana’s house in Ottawa when I was quite young, maybe 8 or 9. She didn’t tell me all the details then, just who my grandfather was and that he wasn’t here anymore. Once I heard the full details when I was old enough, the seeds of a desire were planted that eventually grew into a need. Once my nana passed away in 2015, that need grew stronger. I had to go to Khon Kaen to see where they lived and worked and where my grandfather died and his life honoured. I needed to see this place that they loved.

Once I knew that Jesse and I were going to be in Thailand, I knew we would be going to Khon Kaen. My mom put me in touch with a former student of my grandparents who lives in Canada with his family but is retired and spends a good chunk of the year back in Thailand. He and his brother were kind enough to show us all around Khon Kaen, the surrounding area, and of course the university. They showed us where my grandparents had their offices, the lecture hall where they taught, and where their house was on campus. We saw the building where my grandfather died and the temple where he was cremated and his memorial held. It was an extremely special day that I will remember always. 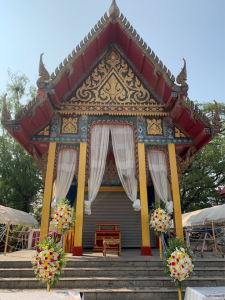 It’s an interesting story, but you may be wondering what my point is, what all of this has to do with cancer. My grandparents’ former student was also kind enough to drive us up to the Thai-Laos border the next day, and so I had a few hours to reflect on the previous day while we drove. I felt more connected to my nana than I had since she passed away; in the case of my grandfather, it was the closest I had ever felt to knowing him. My aunts and uncle are spread out all over Canada and one has passed away too; knowing I was walking where every one of them has and where my mother has too, I couldn’t help but feel the bonds that connect us. It was strange and incredible to be so far away from them all – on the other side of the world, in another world altogether – and yet feel so close.

I found that my perspective was reinvigorated and my fighting spirit was renewed. Perhaps I was channeling my nana’s energy because she was definitely feisty, but I think that experience also reawakened something that was purely my own. Seeing where you came from and exploring your roots doesn’t just put you in touch with the past, it also grounds you in the now. It reminds you that you belong in this life, in this moment, that you were placed in this family. It gives you comfort and gives you strength. It makes you want to fight for this life that is yours, that wouldn’t be yours without your parents and grandparents and great-grandparents. It fills your soul.

Cancer makes our world very small and very specific. Everything becomes about it, and it becomes very easy to forget that there is more out there. There is a whole wide world full of other sorrows and joys, problems and solutions. Reconnecting with your roots, or discovering them for the first time, also reconnects you with that wide world.

And particularly in times like these, connection is what we need. Thanks to many of us quarantining, we also need ways to pass the time. Why not take some of this forced downtime to reconnect to or explore your roots? Look through old family pictures and keepsakes, explore ancestry.com and other similar sites. Reach out to family members you haven’t talked to in a while and collect new stories about your family’s history. Chat with your parents or grandparents, aunts or great-uncles over the phone and get them to take you through the parts of your family tree that they know about. Write, make art, or record a voice note about what comes up for you, about what you discover, about how it makes you feel.

What I learned from that incredible day is that through experiencing your roots, something you may have drifted away from, you also experience parts of yourself that you have drifted from too. This life is yours. Love it, connect to it, learn from it, fight for it.

← 8 Ways to Exercise Indoors The Dichotomy of Existence →