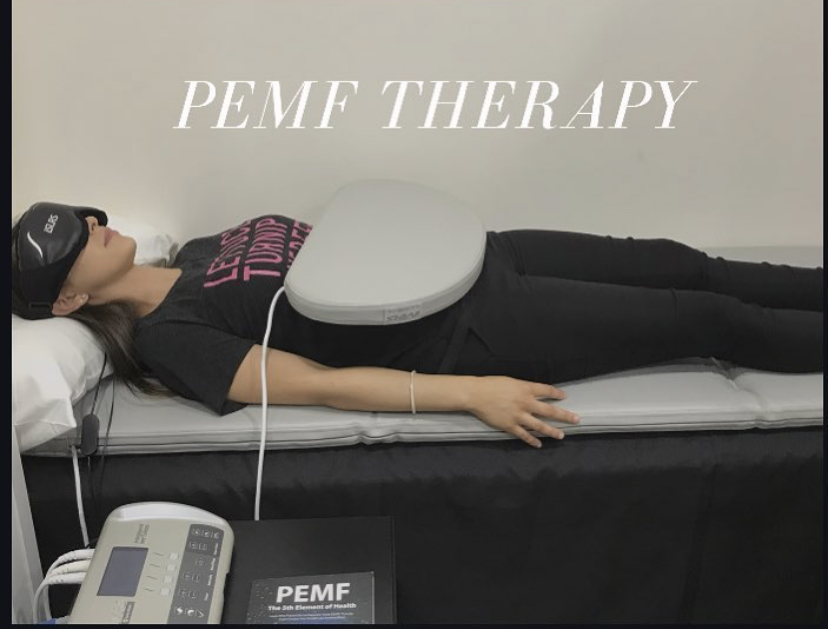 I know what you’re probably thinking, “What the heck is PEMF and what does it have to do with cancer treatment?”. Both excellent questions, and both will be answered today! I was completely unfamiliar with this therapy as well when I was diagnosed and my naturopath and I started building the protocol I would be going through at her clinic. I was very lucky that the naturopath I had started seeing just months prior to my diagnosis already had a heavy focus on oncology in her clinic and offered many therapies already that would come to be foundational cornerstones in my protocol. It made my entrance into integrative cancer care a very smooth one. 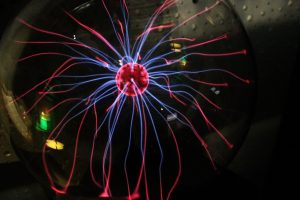 What the heck is PEMF?

One of those therapies was something called a PEMF mat, or Pulsed Electromagnetic Field therapy, and I’m sure I had a similar reaction to yours. It sounded like a weird sound effect bubble in a comic book, not a cancer therapy. POW! BANG! PEMF! But the way that PEMF works is actually much gentler than a superhero punch; gentle at least on our healthy cells, but not so much for cancer cells!

Okay, it doesn’t look anything like the electric glass ball at the Science Centre, but PEMF does work by applying harmless electromagnetic waves to the body. These waves are delivered usually via a mat on which the patient lies and sometimes there is an additional smaller pad that can be placed over the site of injury or, in the case of cancer, the previous or current tumour site. The waves interact with cells to accomplish a number of things including increase oxygen, circulation, reduce inflammation, improve mobility, ease pain, promote faster healing,  increase cell energy and cell metabolism, decrease inflammatory cytokines, and restore balance between free radicals and antioxidants [1]. We know that cancer doesn’t like highly oxygenated environments, that it thrives in inflammation, and that healing and pain improvement is important for those going through conventional treatments, so we can start to see the potential benefits that PEMF can have for cancer patients. 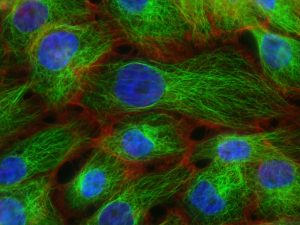 Sounds interesting, but how does PEMF affect cancer?

PEMF has been studied extensively in vitro using human cancer cell lines, and while results seen in vitro or with animal models don’t always translate to the same effects in humans, when it comes to integrative therapies often in vitro studies are all we have to base our decisions on since alternative treatments don’t often make it to human trials. So, what do these studies say? Their results have shown that PEMF can have multiple effects. Firstly, PEMF has been shown to increase apoptosis in a number of cancer cell types. For example, a 2013 study that exposed cancer cells lines to PEMF for 60 minutes a day for only three days found PEMF to increase apoptosis (programmed cell death) in breast cancer cell lines while leaving normal breast cell lines completely unharmed or changed [2]. This is especially exciting given how damaging current conventional treatments are with their high levels of off-target toxicity to healthy cells.

PEMF may also exert antiproliferative effects, meaning that it has been shown to stop the rapid cell replication and growth that is characteristic of cancer cells. It does this by interfering with a process called microtubule spindle polymerization. Microtubules are a key component of cell structure, sort of like their skeletons. They are rigid, hollow rods that perform a number of functions including determining cell shape and a variety of cell movements such as some forms of cell locomotion, the intracellular transport of organelles, and the separation of chromosomes during mitosis [3]. Microtubule spindle polymerization then is the formation of microtubules from a protein called tubulin, and PEMF has been shown to mess with this formation. A published review of the research on PEMF and cancer reported that exposure to PEMF reduces the fraction of polymerized microtubules in cancer cells, disrupts the spindle structure of cancer cells created during mitosis, and inhibits cell division, thereby leading to chromosome mis‐segregation (when chromosome pairs are divided improperly during cell replication, causing cell mutation) and apoptosis [4]. Basically, PEMF stops cancer cells from replicating as quickly but also from replicating properly, ultimately leading to unviable cells and cell death.

Another effect that PEMF has been shown to have on cancer is antiangiogenesis, or the blocking of the formation of new blood vessels by a tumour with which to feed itself. A 2011 study used mice with breast cancer tumours to look at the effect of PEMF on tumours. They exposed four groups of mice to PEMF for 0, 60, 180, and 360 minutes daily for four weeks. The 60 and 180 min group showed a 30% and 70% reduction in breast tumor size, respectively, at week 4 compared to the group that received no PEMF treatment [5]. Mice exposed to PEMFs for 360 min daily showed a suppression of tumor growth at week 4 as well, and helped them to determine that the longer the exposure is daily, the more benefits are seen. They concluded that these results were likely due to apoptosis and the inhibition of angiogenesis [5].

Finally, there is also some research to suggest that PEMF can lead to increased reactive oxygen species and oxidative stress in cancer cells, leading to cell death [4]. Additionally, this same research showed that after long-term exposure to PEMF, cellular levels of calcium increased as well, which could activate signaling pathways and lead to the expression of genes that modulate cell differentiation (cancer cells are very differentiated from healthy cells), survival, and apoptosis [4].

And not only can PEMF help to kill cancer cells and decrease tumour growth, but it can also help to mitigate the side effects from chemo and radiation and work synergistically with these treatments to make them more effective, making it an excellent complementary therapy to these treatments [4]. 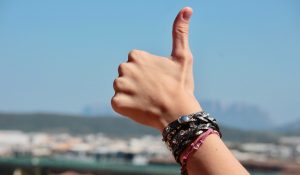 Fascinating! But is PEMF safe?

One of the best things about PEMF is that it is entirely safe! No adverse side effects have been reported in studies on PEMF and cancer, and I didn’t experience anything negative myself while or after using a PEMF mat. Additionally, there were no treatment-related deaths reported in the research either. It’s non-invasiveness and lack of toxicity to healthy cells are additional reasons that this therapy presents potential advantages. One study specifically looked at the effect of PEMF on the liver for safety reasons during the course of their research, and they found no changes to the liver tissue [4].

While it wouldn’t be recommended to do solely PEMF to treat cancer since it’s not a big enough gun to pull out on it’s own, it can be concluded that PEMF is definitely safe and there is no harm in trying it as a complementary therapy to the other conventional and/or alternative treatments you are undertaking. I’m of the mindset that if it might help and it won’t hurt, then I’m gonna try it, and PEMF definitely falls into this category. Each body is unique and therefore every cancer is unique; it formed from the unique conditions in your body determined by your environment, genetics, and lifestyle choices, so you never know what therapy, supplement or tool might be just the right one for the cancer you have or had. You can buy a PEMF mat yourself for your home (although they are quite expensive) or you can find a clinic like mine, Inside Health, that has one you can use. Experimentation is key to any integrative protocol, so consider adding PEMF to your protocol!